Coronavirus and Your Right to Carry in Pennslyvania 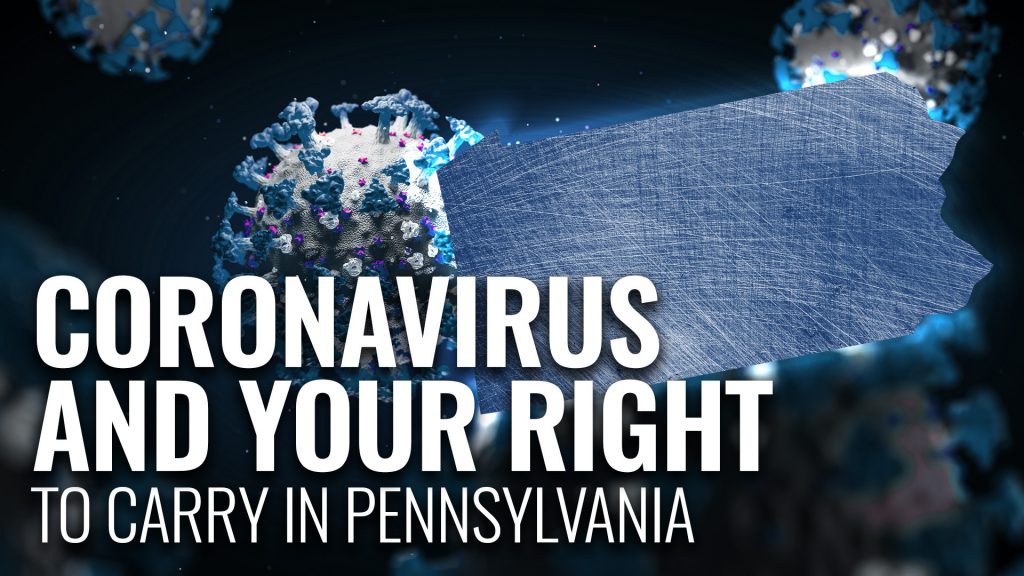 So, what do we need to know about the potential effect on our gun rights in Pennsylvania?

First, let’s talk about federal law. A lot of us remember the firearms confiscation that took place in the aftermath of Hurricane Katrina. New Orleans Superintendent Eddie Compass declared, “only law enforcement will be able to have weapons.”

Realizing just how wrong this was, Congress acted swiftly, enacting 42 U.S.C. Section 5207. This law basically precludes the government, people acting on behalf of the government, or people receiving federal funds from making up gun regulations as they go along, during a major disaster or an emergency. There are some exceptions, but the law prohibits confiscation or registration, unless it would be authorized absent the disaster or emergency. It also generally forbids limitations on possession or carry, if it’s not otherwise prohibited under federal, state, or local law. The law makes it clear that violators can be sued in court, and if a person succeeds in this kind of lawsuit, the government has to pay their attorney fees.

With that in mind let’s discuss Pennsylvania law.

Your Right to Carry

Pennsylvania Crimes Code § 6107 provides a similar protection: “No firearm, accessory or ammunition may be seized, taken or confiscated during an emergency unless the seizure, taking, or confiscation would be authorized absent the emergency.” But, § 6107 also provides specific restrictions on carry during a state of emergency stating: “No person shall carry a firearm upon the public streets or upon any public property during an emergency proclaimed by a State or municipal governmental executive.”

This prohibition doesn’t apply if you’re actively defending your life or property from peril or threat. So, if a dangerous looter breaks into your house, you get into a gunfight for your life and it spills out onto the street, you’d be exempt. The prohibition also doesn’t apply if you have a License to Carry Firearms or if you’re exempt from licensing under § 6105(b).

The post Coronavirus and Your Right to Carry in Pennslyvania appeared first on U.S. & Texas LawShield.