OUR BFCM SALE has Started! SAVE 30% OFF your entire order with Promo Code: BFCM

Coronavirus and Your Right to Carry in Ohio 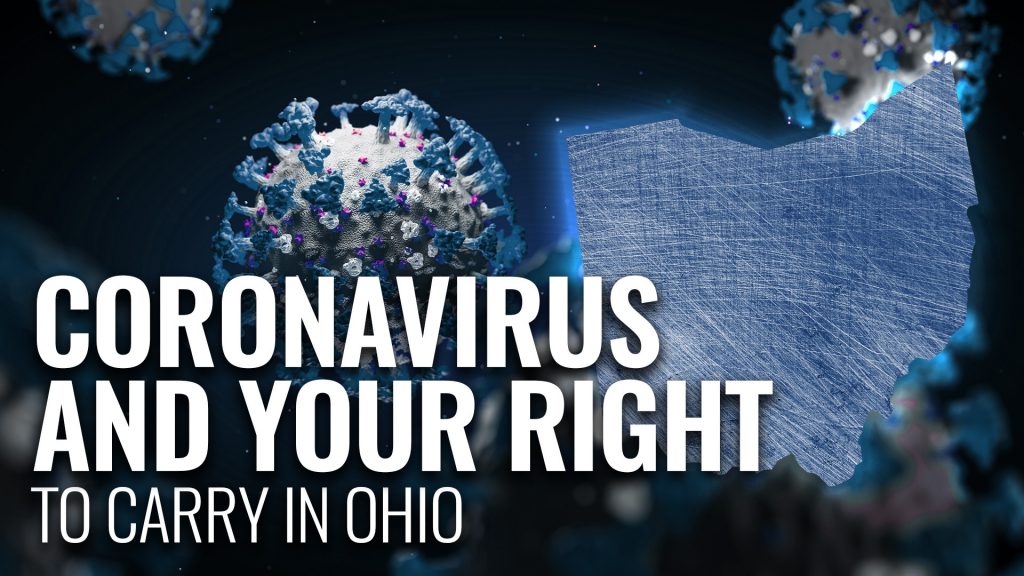 The possibility of catastrophic fires, floods, earthquakes, hurricanes, tornadoes, and as we are now facing, pandemic outbreaks of disease is always looming over us, and if the last few weeks have taught us anything, it is the old adage that “before anything, preparation is the key to success.”

DECLARING A STATE OF EMERGENCY

Regardless of how prepared we might be personally, the government itself sometimes steps in to manage the overall crisis. This usually comes in the form of a declaration of a “state of emergency.”  Taking such action is well within the bounds of the law and affords such powers to the governor in times of extreme crisis or disaster, such as the one we face now. In response to the COVID-19 outbreak, Governor Mike DeWine took this very step in issuing “Executive Order 2020-01D” on March 12, 2020, which per the governor’s official website “allows state departments and agencies to better coordinate in their response.” The official document can be found here.

RIGHT TO CARRY DURING A STATE OF EMERGENCY

While these declarations can take many forms and are generally tailored to the needs to best serve the public depending on the nature of the crisis, there are no provisions in the document impeding Ohioans’ right to carry firearms. Regardless of the level of disaster, no provision in Ohio law exists that would ever support an order of surrender or confiscation, but one could imagine certain levels of restriction might face judicial scrutiny. Essentially, circumstances could dictate a change in the law on a temporary basis. While this would be an extreme measure and one so far untested, citizens of Ohio do not face such directives regarding the current state of emergency.

The governor has granted authority statewide to various agencies to take whatever precautions they feel are necessary to preserve the public health, which does not as of yet, but could in the near future include: travel restrictions, limits on congregation, and quarantine orders. We are in a “wait and see” posture regarding the specifics as they are announced.

Remember, the actions of the governor’s office and various state agencies are duly authorized by law, and willful violations of temporary mandates during states of emergency could result in criminal prosecution. So, stay informed, stay safe, and take all available precautions over and above, regardless of government order.

The post Coronavirus and Your Right to Carry in Ohio appeared first on U.S. & Texas LawShield.