OUR BFCM SALE has Started! SAVE 30% OFF your entire order with Promo Code: BFCM

Coronavirus and Your Right to Carry in Missouri 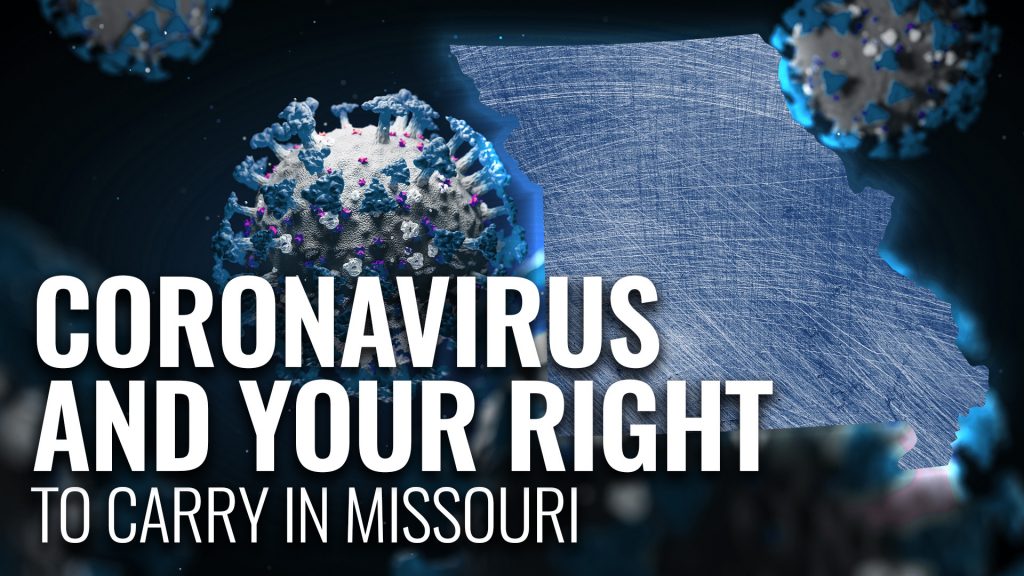 Gun Rights During a State of Emergency

Missouri law specifically protects your gun rights during a state of emergency. Section 44.101 of the Missouri Revised Statutes codifies that “The state, any political subdivision, or any person shall not prohibit or restrict the lawful possession, transfer, sale, transportation, storage, display, or use of firearms or ammunition during an emergency.” In Missouri, there are no emergency powers which allow the government to seize your firearms.

In 2014, Missouri passed a constitutional amendment strengthening protections against government intrusions on a citizen’s right to bear arms. It protects against any legislative attempts to restrict gun rights in the future.

Article I, § 23, of the Missouri Constitution now reads: “That the right of every citizen to keep and bear arms, ammunition, and accessories typical to the normal function of such arms, in defense of his home, person, family and property, or when lawfully summoned in aid of the civil power, shall not be questioned. The rights guaranteed by this section shall be unalienable. Any restriction on these rights shall be subject to strict scrutiny and the State of Missouri shall be obligated to uphold these rights and shall under no circumstances decline to protect against their infringement. Nothing in this section shall be construed to prevent the general assembly from enacting general laws which limit the rights of convicted violent felons or those adjudicated by a court to be a danger to self or others as result of a mental disorder or mental infirmity.”

Missouri’s constitutional designation of the right to bear arms as unalienable is a significant legal protection. The requirement that courts apply strict scrutiny to laws affecting your right to bear arms has been applied similarly in other states to strike down emergency powers laws passed by anti-gun legislative initiatives.

The governor of Missouri has declared a state of emergency for COVID-19. The governor is granted broad powers over means of transportation, fuel, housing facilities, hospitals, food and other civil needs. Gun rights enjoy special protection under RSMo 44.101. The governor’s emergency powers are detailed under RSMo 44.100. Whether evacuating for an emergency or quarantined to your home, you retain your right to carry on your person or in your vehicle.

If you have questions about what to do in the event of a state of emergency, call U.S. LawShield and ask to speak to an Independent Program Attorney.

The post Coronavirus and Your Right to Carry in Missouri appeared first on U.S. & Texas LawShield.