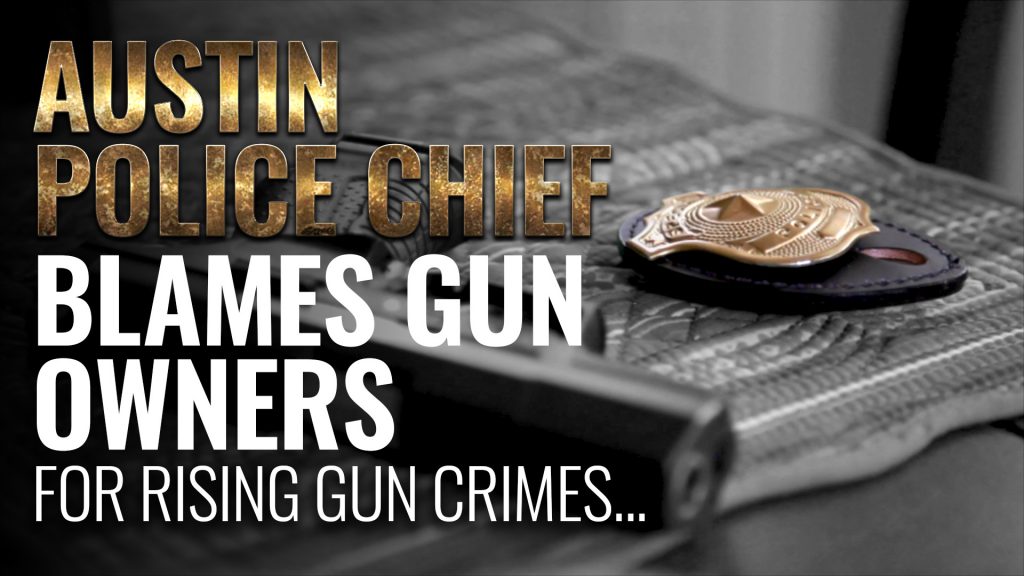 A detailed report recently released by the Austin Police Department (“APD”) reveals that crimes committed with stolen guns are on the rise. But are gun owners to blame?

APD says they are.

The 50-page document gives an expansive overview of crime between 2014 and 2018 showing that murder, rape, robbery, and aggravated assault reports rose by almost 60%. Unfortunately, most of these common, inner-city crimes involved the use of a firearm.

Criminals can’t buy guns, so where are they getting them?

Based on the data APD reports, the number of legally owned guns in the city is at its highest, and the number of License to Carry holders jumped by 65%, to over one million in just four years. However, this is to be expected in a city that gains an average of 100 new residents a day. More people usually equals more possible crime… meaning a greater need to protect yourself.

“To see how many firearms are being stolen out of vehicles was a little bit surprising,” states Police Chief Brian Manley. “Leaving a firearm accessible in a vehicle is inviting someone to come in and steal that weapon… and I don’t think there is any gun owner that wants to learn later on that their gun was the firearm used in a violent homicide or assault in our city.”

So, is the responsible gun owner to blame?

Not exactly. Correlating with the increase of legally owned guns, APD also reports a drastic increase of guns being stolen, and many out of vehicles. But again, more gun owners equals more guns for criminals to steal.

While reporting gun theft is not a legal requirement in Texas, many who do report it to APD state the theft is from their vehicle. There are many places in the city where gun owners cannot carry firearms. They are usually forced to leave them at home or in their vehicle, providing criminals an opportunity to break-in and illegally obtain them.

In a city bursting at the seams which is seeing a noteworthy increase in violent crime, the best solution may not be to leave your gun at home.

Often, APD determines gun theft to be the result of improperly secured and stored firearms. “Austin must do a better job of securing their firearms to help prevent crime,” states Manley. “That’s the only true safeguard against a criminal.”

As a responsible gun owner, it is your responsibility to take every precaution to protect your guns from theft. Criminals are already looking to break the law; don’t make it easier for them! This means you need to take the necessary steps to ensure your firearms are safely secured in your vehicle whenever you have to leave them behind.

Criminals are resourceful and sometimes they prevail, despite your best efforts to stop them. The data doesn’t lie: your stolen gun may likely be used to commit violent crimes. And when the gun is tied back to you, you may find the APD knocking on your door with some questions.

What can you do about it?

U.S. LawShield has created a unique add-on that provides extra coverage for this very reason. With Gunowner Identity Theft Coverage an Independent Program Attorney will provide crucial assistance, so you won’t have to deal with the fallout of a stolen gun or identity (affecting your right to carry) on your own. Crooks want to use your gun—not theirs. Don’t wait until it’s too late: add Gunowner Identity Theft Coverage now.

If you have questions regarding reporting and storage laws in your state; what to do if your gun is ever lost or stolen; or anything else, call U.S. LawShield and ask to speak to your Independent Program Attorney today.